Umbria, ‘the Green Heart of Italy’, is a fascinating region of Etruscan and Roman monuments, medieval castles and cathedrals, and the Renaissance art of Giotto, Perugino and the young Raphael. Everywhere, vibrant cities, evocative hill-towns, and tranquil villages are set amid glorious landscapes. This superb cultural guide makes the perfect traveller’s companion.
Ian Campbell Ross tells the story of Umbria from the days of the ancient Umbri, a thousand years before Christ, through to the unification of Italy, and up to the present day. He shows how Etruscans, Romans, early Christians, and Longobards all left their mark and how powerful city-states like Perugia, Spoleto, and Orvieto, as well as smaller towns and villages, took pride in cultural achievements visitors still enjoy. St Francis and his followers transformed Assisi into a spiritual centre embracing one of the greatest collections of late medieval and early Renaissance art and architecture in Europe.
This thoroughly revised and updated edition, newly illustrated, provides a compelling narrative along with chapters on the region’s art and the local food and wine. A gazetteer gives visitors full details of what to see in the cities, hill-towns, and mountain and lakeside villages of one of Italy’s most beautiful regions.

Ian Campbell Ross has written extensively on literature of the seventeenth to twenty-first centuries.
A graduate of the universities of Sussex and Edinburgh, Ian Campbell Ross has taught at the universities of Birmingham and Dublin. He has been a Visiting Professor at the Università di Roma Tre and at the Ateneo de Manila in the Philippines and has lectured widely in Europe and North America. Emeritus Professor of Eighteenth-Century Studies and Fellow Emeritus of Trinity College Dublin, he now divides his time between Co. Wicklow and Umbria. 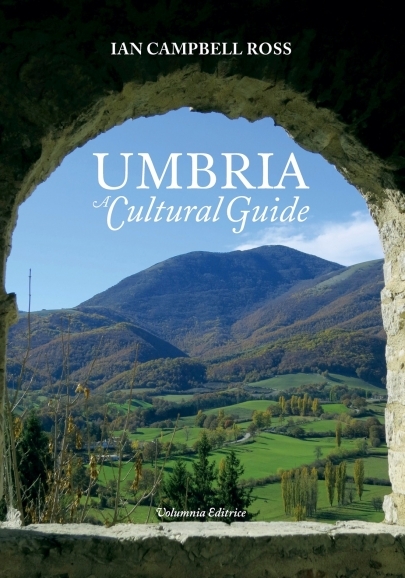